It’s been less than one year since the U.S. Supreme Court waded into the question of pregnancy discrimination versus religious rights in a case involving a Catholic school and its teachers. In the 7-2 ruling, the court held that federal employment discrimination laws aren’t applicable at church-run schools to teachers whose duties include religious instruction. Now, the boundaries are being tested again. 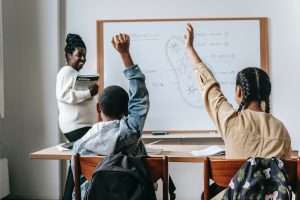 In a case out of New Jersey, an unmarried elementary art teacher in a Roman Catholic school was reportedly fired because she was pregnant and unmarried. The woman sued, alleging gender discrimination and sexual double standards. As her pregnancy discrimination lawyer explains it, the school’s only proof of a moral code violation was the pregnancy itself. For that, only a woman can be punished, not a man.

While the archdiocese in that area says the legal argument is a “must-win fight for the fundamental freedom of religion,” the principal, a nun, testified in depositions that she’d made no effort to ascertain whether other staffers (including men) were engaged in sex outside of marriage. The school, however, pointed to one case in the same archdiocese wherein a male teacher was fired when the woman he was dating became pregnant.

According to The New York Times, the termination in the present case occurred when the teacher asked for a raise after being asked to take on additional responsibilities. In explaining her request, she revealed she was pregnant. She was fired soon after. Her daughter is now 7, but the case has been volleyed between the trial and appellate courts for years. Twice now, the appellate court has sided with the former teacher. However, the state’s high court agreed to hear an appeal by the school.

The current makeup of the U.S. Supreme Court has meant more recent decisions in favor of religious rights, even when weighed against other civil rights – such as discrimination protections. The ruling last year in the case of a Catholic school teacher alleging pregnancy discrimination involved the “ministerial exception.” Prior to that, it was generally accepted that trained ministers and religious leaders were exempt from employment discrimination protections. However, the more recent ruling applied those exemptions to employees with some responsibility in promoting church doctrine – which arguably could mean virtually any employee of religious schools. That means even in states like California, which has long had broad, robust job protections, the legal landscape has substantially shifted, at least at religious-run organizations.

In this case, plaintiff’s attorney argues her case is different than the one decided by the U.S. Supreme Court because the instructor taught art, not religion. Further, citing legal precedent in New Jersey, the attorney argued that while schools may impose a strict moral code on teaching staff, it must be done equally.

The school argues that religious institutions are at risk of “being swept into a vortex of employment litigation,” which runs counter to the ideal of establishing clear separation of church and state.

Although some have speculated that the case might make it all the way to the U.S. Supreme Court, our Orange County pregnancy discrimination attorneys think it unlikely unless we see more states challenging the standard set in the 2020 Guadalupe case.

The Pregnancy Discrimination Act of 1978 amending Title VII of the Civil Rights Act of 1964 bars discrimination on the basis of pregnancy, childbirth and other medical conditions. Employees or applicants who are treated unfairly in any aspect of employment due to pregnancy may have a claim for damages.

Contact the employment attorneys at Nassiri Law Group, practicing in Orange County, Riverside and Los Angeles. Call 714-937-2020.
Additional Resources:
What to Expect When You’re Expecting (and After the Birth of Your Child)…at Work, Department of Labor
Contact Us
Free Consultation (949) 375-4734
Connect