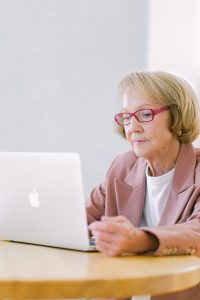 Then factor in that age discrimination in hiring has long been a stubborn problem in America’s workplaces for years. Older and mid-career women are often the most significantly impacted. The AARP’s survey of nearly 34,000 women workers found that almost a third who were job hunting believed age discrimination had been a hurdle in their efforts to secure a new position.

What Is Age Discrimination?

Age discrimination claims can be brought under both federal and California state law by persons 40 and older whose employment (or prospects of employment) have been adversely impacted because of their age.

As for why it occurs, our Los Angeles age discrimination lawyers have come to see that many employers unfortunately seize on negative age-based preconceived notions, stereotypes, and generalizations about the work habits, productivity, health, qualifications, and job performance of older workers. We have laws against age discrimination precisely because it has long been very prevalent.

Age discrimination at work can manifest as:

With regard to recruiting, we are aware of several practices employers use to try to get around the very clear laws against age discrimination. Some will solely screen and hire applicants through high school or university recruitment programs, thus inherently discriminating against older workers.

Although it isn’t unlawful for employers to ask job applicants for their date-of-birth, it’s illegal to use that information to reject applicants on the basis of them being 40 or older.

It’s worth noting that some practices may not be directly related to age, but disproportionately impact older workers. This can still fall under the category of age discrimination. For example, some companies will target higher-paid workers for lay-offs, buy-outs, etc. If this adversely and disproportionately impacts older workers, it can be deemed age discrimination.

If you have questions about whether you have an age discrimination or gender discrimination case in Los Angeles, Riverside, San Bernardino, or Newport Beach, we can help.

WOMEN, WORK, AND THE ROAD TO RESILIENCE: WORKING WOMEN AT MIDLIFE AND BEYOND, September 2021, AARP