Equal pay rights in California are guaranteed under both state and federal laws that promise to protect employees from disparate wages paid on the basis of gender or race.

Recently, the U.S. Women’s National Soccer team reached a $22 million proposed settlement in a class action equal pay lawsuit against the U.S. Soccer Federation. The settlement stemmed from a longtime legal dispute filed eight years ago alleging federal equal pay violations by five higher-profile members of the women’s national team. Each said that as a member of the women’s team, they were paid thousands of dollars less than their male counterparts – at virtually every level of the competition. This was followed by a 2019 lawsuit filed by 28 players alleging female players were consistently paid less than their male counterparts – despite consistently showing up the men’s team on field performance. That claim was filed months after the U.S. men’s soccer team failed to qualify for the World Cup, while the women’s team won its second tournament in a row. Amid the chants in the crowd were demands for, “Equal pay!” 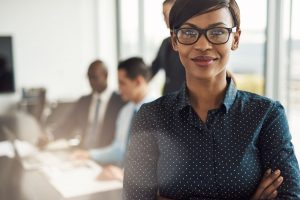 In 2020, a federal court dismissed the claim by the women’s team that they were paid less for the same work (among other parts of their claim), finding there were key differences in the contract structurers of the men’s team versus the women’s team. Other aspects of the women’s team claims pertaining to working conditions were settled out-of-court a few months ago. Several of the players then filed an appeal on the equal pay claims, arguing the judge failed to analyze the rates of pay or the fact that women needed to win more often than men to receive the same bonuses. The $22 million settlement is the result of that appeal.

Our Los Angeles equal pay attorneys recognize that the settlement amount was only one-third the amount players initially sought, but it still amounts to a significant victory. It also opens the door to discuss what types of California equal pay claims are valid, and what they can entail.