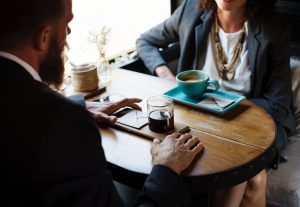 The case that gave rise to this issue involves a funeral home that fired a worker who was transgender on that basis. A lower court ruled that the funeral home committed wrongful termination on the basis of unlawful discrimination. That ruling was upheld by the U.S. Court of Appeals for the Sixth Circuit last year. The Trump administration is asking for that ruling to be overturned.

The case of Harris Funeral Homes Inc. v. EEOC is one of three concerning LGBTQ worker protections that the U.S. Supreme Court has agreed to hear this session.

In Harris, the federal appeals court ruled the owner of the funeral home fired an employee of six years illegally. The worker submitted a letter to the company saying that she had struggled with her gender identity for years and had decided to begin living life as a woman. In so doing, she would be adopting the funeral home’s female uniform of skirt and jacket as opposed to the suit and tie required of male employees.

The reason the company gave for the firing was refusal to adhere to the company dress code – an imperative to avoid distraction for grieving families.

The DOJ argues that Title VII’s gender protections extend only to a person’s biological sex – even though that language does not exist anywhere in the statute. The government asserts that when the law was passed in 1964, the ordinary meaning of “sex” was understood to be the gender of which a person was born, and that the provision on gender was intended to rectify unequal workplace treatment of women vs. men.

Employment lawyers in Orange County recognize that the implications of this case are huge, with potential to significantly weaken the protections for transgender, lesbian, gay and bisexual workers. What’s more, this could further weaken protections for those who deviate from rigid gender stereotypes – such as men who want more involvement in child-rearing duties.

Whatever the SCOTUS decides, it should not impact the protections in place for transgender and LGB workers in California, which are stronger under the California Fair Employment and Housing Act. This law protects not only those whose gender identity differs from the one with which they were born but also those whose behavior or appearance don’t match those stereotypically associated with their gender at birth.

Employers do not have the right in California to discriminate against workers because they are transgender or gender non-conforming.