A longtime employee of Sea World in San Diego alleges she was not only wrongfully terminated, but that she provided more than four decades of unpaid overtime with the company’s full knowledge. As experienced Los Angeles employment lawyers, we recognize that even with full proof of these facts, plaintiff may not be able to collect compensation for unpaid overtime beyond what she was shortchanged in the last three – possibly four – years. That’s not to say evidence of it can’t be submitted to the court to illustrate a long and intentional pattern. However, the California statute of limitations on employment claims is generally just three years. In some cases, you may have even less time to take action. 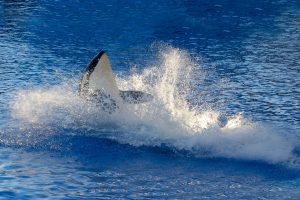 “Wage and hour” is the shorthand we use for legal actions pertaining to an employer’s responsibility to fairly compensate workers for wages, meal breaks, rest breaks, reimbursement of expenses, proper recordkeeping and other basic benefits outlined in California statute.

Per Code of Civil Procedure 338 CCP, the statute of limitations for wage and hour lawsuits is three (3) years from the date when the most recent violation occurred. That said, you may be able to “reach back” possibly as far back as four (4) years for things like unpaid wages, interest and other kinds of valuable penalties imposed by law. This extended reach back provision is applicable when you include a claim under the state’s Unfair Competition law, as outlined in the state’s Business & Professions Code, section 17208.

An attorney will be able to tell you exactly how much time you have left to pursue a California wage and hour claim, but it’s usually better not to delay if possible.

In the case of the Sea World worker who recently filed suit, Business Insider reports she’d started with the theme park way back in 1976, beginning in her mid-20s as a ride attendant. She worked her way up over the years, joining the team’s Environmental, Health & Safety Department back in the late 90s. In her most recently-held role, she was an environmental leader.

She says that during her years with the company, she typically worked six-to-seven days a week with the company, averaging between 10 and 14 hours each shift. While she says she worked roughly 32 hours of overtime weekly, she was never paid for those hours. Nor was she paid when she worked during her lunch breaks, she says. She alleges the company was aware she was working these hours unpaid and/or at improper rates, but the corporation failed to maintain proper records.

However, these allegations weren’t raised until her termination, which she asserts was wrongful and unlawful. A few months ago, she said she’d pulled a muscle in her neck at work and was placed on modified duty. The following month, she warned her co-workers not to hose a certain pathway because the dirty water run-off was draining into the nearby Mission Bay – a potential violation of environmental law. When the co-workers continued hosing down the walkway, she notified her supervisors. Within a week, she was notified that she was being let go due to “restructuring.” She subsequently filed a complaint with the EEOC for wrongful termination and wage and hour violations. Her husband, a co-plaintiff, had been furloughed during the pandemic and told he’d be brought back on later. However, after his wife filed the EEOC complaint, he was told he was no longer being considered for the management position he’d previously worked. The pair allege her EEOC complaint is the substantial motivating factor for why he wasn’t rehired.

A hearing is scheduled for next month on the company’s motion to move the case into arbitration, rather than be resolved in the courts.

Even if this plaintiff prevails in her claim, it’s unlikely she’ll be able to collect on all the overtime she was unfairly denied. She may have thought that keeping silent about this fact for so many years bought her some kind of employment protection. Clearly, it didn’t.

If your employer is violating wage and hour law and denying you fair pay, it is imperative that you talk with a qualified employment attorney as soon as possible. Bring as much documentation as you can to that initial consultation.

A former Sea World staffer, who says she was fired after 45 years, is suing the company for alleged age discrimination and decades of unpaid overtime, Nov. 14, 2021, Business Insider