One does not necessarily need to be a direct target of California workplace sexual harassment or racial discrimination to file a legal claim for damages. Retaliation against bystanders for brining such offenses to light can have a devastating impact on one’s career. Employers have been known to respond to bystander reports of harassment and discrimination by giving whistleblowers less desirable shifts or duties, shutting them out from key professional opportunities/accounts/clients, or outright firing them.

Fortunately, as our Riverside sexual harassment attorneys can explain, there are legal remedies for those who speak out to protect those most vulnerable in the workforce. One such case recently ended with a $460 million damage award to two plaintiffs in Los Angeles who alleged they were forced out of their jobs at the local electricity company after blowing the whistle on rampant sexual harassment and tolerance of racial epithets.

The Los Angeles Times reported the damage award included $440 million in punitive damages alone. Plaintiff attorney’s had only asked the court for a quarter of that amount. That’s on top of tens of millions in compensatory damages paid. Punitive damages, for those who may not know, are paid to penalize the defendant for especially egregious conduct. Compensatory damages, meanwhile, are intended to cover a plaintiff’s actual losses (loss of wages, loss of benefits, loss of career advancement opportunities, emotional distress, etc.).

The company, which plans to appeal, acknowledged that the two reported that supervisors were engaging in sexually inappropriate conduct toward female employees. Plaintiffs alleged that the company had fostered a fraternity-like culture, where sexual harassment and racial harassment were not only the norm, but actively protected. Reported incidents were allegedly disregarded. END_OF_DOCUMENT_TOKEN_TO_BE_REPLACED 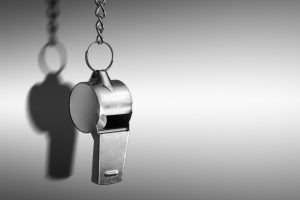 The Lawson ruling is considered a victory for future plaintiff/employees. END_OF_DOCUMENT_TOKEN_TO_BE_REPLACED

When it comes to California employment discrimination lawsuits alleging wrongful termination, a common defense is the “mixed motive.” That is, even where discrimination is a deemed a substantial motivating factor in firing someone, employers cans still effectively defend themselves if they can successfully argue the outcome would have been the same absent any such discrimination. In that situation, as it was in the 2013 case of Wynona Harris v. City of Santa Monica, employees may not be entitled to damages, back pay, or an order of restatement (often the primary relief many seek), though they may still be entitled to injunctive and declaratory relief, as well as compensation for reasonable attorneys’ fees and costs.

The high proof burdens in these employment law cases are one of the primary reasons we urge anyone considering a  claim for discrimination, harassment, wrongful termination, and/or retaliation, will work only with a highly experienced and skilled Los Angeles employment attorney with a track record of success in similar cases.

Recently, a similar case arose from an allegation of racial discrimination by a former scientist with the UCLA Medical Center. She alleged on-the-job, race-based harassment – which she did prove. In fact, jurors had previously awarded her $1.5 million in damages. However, in a review by a California Court of Appeals, the panel held that because the plaintiff was fired for legitimate reasons (notwithstanding race discrimination as a substantial motivating factor), the claimant’s damage award was reduced by more than $275,000.

As our L.A. racial discrimination lawyers can explain, the California Fair Employment and Housing Act (FEHA) holds that discrimination, retaliation, and harassment are separate wrongs, even if for the employee, it all appears connected. Each element of unlawful conduct has its own remedy. In the UCLA case, Birden v. The Regents of the University of California, the court held, a damage award for racial discrimination is only justified if that harassment ended with the employee losing his or her job. END_OF_DOCUMENT_TOKEN_TO_BE_REPLACED 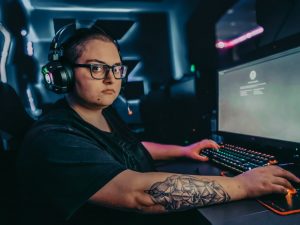 This all started with a California sexual harassment lawsuit filed last month by the state’s Department of Fair Employment and Housing. According to the complaint, multiple female employees were subjected to gender discrimination, sexual harassment and unequal pay. Company executives reportedly were aware of the harassment and other problems, but failed to take reasonable steps to halt illegal conduct. Instead, the lawsuit alleges, the company retaliated against the complainants. END_OF_DOCUMENT_TOKEN_TO_BE_REPLACED

An employee of One America News Network was awarded $1.1 million in his California retaliation claim. Of that, $810,000 was in punitive damages, awarded for egregious conduct. He alleged the company had harassed and discriminated against him for his race. But while the San Diego jury did not find merit with this claim, they did hold that the producer was retaliated against for filing the complaint. 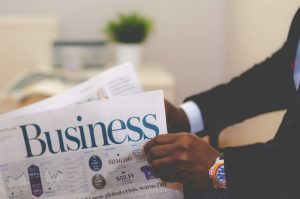 Los Angeles employment attorneys highlight this case because it underscores the fact that retaliation can stand on its own in claims of wrongful termination.

California has numerous workplace retaliation laws that protect workers from wrongful termination and other adverse employment actions when they engage in certain protected activity. Protected actions could include: END_OF_DOCUMENT_TOKEN_TO_BE_REPLACED

A California State University professor was wrongly denied a promotion to an associate professorship and lifetime tenure as a result of retaliation for reporting a hostile work environment to women and people of color. That was the finding of California’s First Appellate District, Division Three, which affirmed the trial court’s damage award of more than $965,000 in damages, plus attorney’s fees. 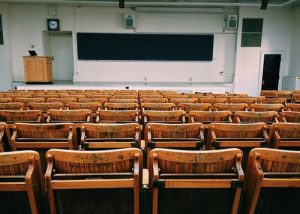 The professor had also claimed discrimination, but the court found no liability on that particular claim.

The appellate court rejected the university’s argument that plaintiff needed to show that she was clearly superior to a comparative professor who was granted tenure, but who had not filed a complaint.

As our Orange County employment attorneys can explain, workers are protected from discrimination and retaliation under a series of California Labor Code provisions, overseen by the California Department of Industrial Relations. END_OF_DOCUMENT_TOKEN_TO_BE_REPLACED 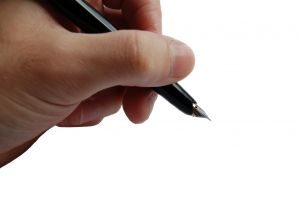 According to local news sources and court records of the complaint she filed, the declaration reportedly indicated she ad the other worker hadn’t moved any furniture on the day of the injury and conceded she never reported the job-related injury. Plaintiff alleges the store owners forged her signature on the document and that never was she interviewed by the store owners and that statements attributed to her were wrong. The store then denied her workers’ compensation claim – which is when she learned of the forged declaration. Concerned she may have been implicated in an act that was illegal, she felt she had no choice but to resign from her job right away. END_OF_DOCUMENT_TOKEN_TO_BE_REPLACED 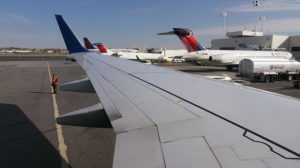 The U.S. Court of Appeals for the 4th Circuit ultimately sided with the employer, finding the worker had not established a triable issue of fact that the airline truly fired him for taking leave, rather than fraudulently taking leave and then lying about it.  END_OF_DOCUMENT_TOKEN_TO_BE_REPLACED