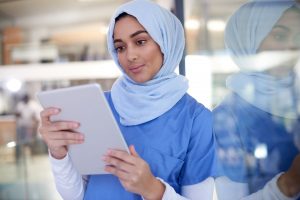 As our Riverside employment attorneys can explain, those who have experienced the adverse impact of workplace discrimination in California can pursue accountability through the civil justice system by filing a lawsuit. Working with an experienced employment law team is essential.

Here, we discuss the basic steps for filing a California employment discrimination lawsuit.

Knowing Whether You Were Discriminated Against

The first step is assessing whether discrimination took place. Employers generally recognize that discrimination can lead to an employment lawsuit, so those who engage in it are often careful to avoid putting anything in writing or saying anything obvious to the job candidate or employee. Most workplace discrimination is subtle. But that doesn’t mean there aren’t signs.

An experienced employment law firm can help you make a case for employment discrimination by showing that certain groups were treated differently than others. It might also be established by showing there was an abrupt alteration in attitude toward an employee once the employer learned of the worker’s status in the protected group. Some indicators of workplace discrimination include:

It should be noted that even if the employer themselves are in a protected class – even the same protected class as the individual – they can still be found liable for discrimination. For example, a female supervisor can discriminate against a female applicant on the basis of gender.

FEHA states it is unlawful employment practice for an employer to discriminate against someone in any aspect of employment. That includes hiring, training, firing, benefits, pay, promotions, harassment, or forcing someone to quit. These provisions can also apply to volunteers, apprenticeship programs, and employment agencies.

Consulting With an Employment Lawyer

This is a key first step because it’s helpful to know not only whether you have grounds for a case, but also how best to pursue the matter in court.

Often, it’s not as simple as taking a walk down to the nearest courthouse and filing a claim. Depending on your situation, you may need to first file a complaint with your company’s human resources department, or the California Department of Fair Housing and Employment (DFEH), or the U.S. Equal Opportunity Commission (EEOC).

Usually, employees are required to “exhaust all administrative remedies” before filing a lawsuit. Determining what that means in your case is a lot easier with input from an experienced employment lawyer.

If the company refused to hire someone for reasons that were discriminatory, they may not need to file a complaint with the firm’s HR department. However, depending on the type of harassment or discrimination being alleged, you might need to file a complaint with a supervisor or HR before you pursue a lawsuit. The reason is because when harassment at work involves a co-worker or someone who isn’t a supervisor, the company is only going to be liable (legally responsible) for it if they knew or should have known the harassment was happening AND failed to take immediate corrective action. The courts will look firstly at what measures the employer took to prevent harassment in the first place, but then how they responded to indicators or complaints of harassment on the job. They must provide reasonable accommodations for workers who can’t perform essential functions because of a disability, medical condition or pregnancy. They must engage in a good-faith, timely process in interactions with employees needing reasonable accommodations. Filing a complaint with a supervisor or HR may be necessary or helpful in that it could result in the issue being promptly addressed. If not, it will serve as further evidence to support your case.

Typically, before you can file a complaint against an employer for California workplace discrimination, harassment, or retaliation, you need to file a complaint with DFEH. This is part of the requirement to exhaust all administrative remedies. A DFEH complaint can be filed online, by phone, or by printing/mailing the proper form to DFEH. An investigator will contact you within 60 days, discuss the details of your claim, and the initiate an investigation. Based on the investigator’s findings, DFEH will decide whether to file legal action against the employer on your behalf or provide notice that it does not intend to act, giving you the right to sue.

Finally, there is the EEOC.

Discrimination or harassment at work can be a violation of both state and federal law. The DFEH is a California state agency, while the EEOC is federal and responsible for enforcing most federal employment discrimination laws. EEOC plays a smaller role in California employment law cases than in many other states because California law tends to offer broader protections for anti-discrimination than federal law. For instance, in California, employers are banned from discriminating against workers on the basis of their sexual orientation or being transgender. However it wasn’t until the 2020 U.S. Supreme Court decision in Bostock v. Clayton County, Georgia that it was held Title VII protections against discrimination “on the basis of sex” included protections for LGBTQ employees – specifically recognizing the rights of gay, lesbian, bisexual, and transgender workers. However, where federal law typically only applies to employers with 15 or more employees, California laws apply to most employers with at least 5 employees. That can make pursuing a complaint under state law more advantageous to workers than filing one under federal law. Your attorney can explain all this.

In general, you have three years from the date of the last incident of discrimination, harassment, and retaliation in which to file a pre-complaint inquiry with DFEH. Sometimes exceptions are made in rare circumstances (i.e., if you didn’t learn that discrimination was the cause of the adverse employment action until after the 3-year mark). In most cases though, you’ll want to file as soon as possible. The DFEH typically requires the parties involved to participate in mediation, alternative dispute resolution with a neutral mediator tasked with helping the parties reach a mutually agreeable solution. This can be an opportunity to avoid a court case (which could motivate the employer to resolve the issue in this stage), but it’s a good idea to have your own attorney through this process.

Note: It is possible to request an immediate right to sue notice – completely bypassing an investigation by the EEOC or DFEH – but this is only advisable if you’ve hired an employment attorney.

Once you receive an all-clear right-to-sue from DFEH or the EEOC, your attorney can file your case in a California Superior Court, typically in the county where you worked/where the discrimination occurred. From there, the employer will give a formal response, and the case will continue through the courts.

It’s important to be prepared for the fact that it could take a while for the courts to resolve your complaint. It’s not uncommon for these cases to stretch on for years. The closer the case gets to the trial date, though, the higher the chances it will settle out of court. In fact, both sides can negotiate a settlement on their own at any point before the trial. Sometimes, the parties agree on liability (the defendant’s legal responsibility) but not on damages (how much you should be paid), and so only that aspect will proceed to trial.

Trials can take place in front of a jury (jury trial) or solely a judge (a bench trial). A judge or jury hears all the evidence and then issues its findings. It’s not a matter of guilt or innocence but of liability and damages.

Money damages to which you may be entitled can include: Back wages, loss of income from missed promotions, reduced pay after demotions, benefits, pension benefits, bonus payments, pain and suffering and emotional distress. Courts can also order equitable remedies, such as rehiring the employee or making reasonable accommodations that they failed to provide before.

If you believe you have been discriminated against, harassed, or retaliated against, contact our Riverside employment law office.