Traveling nurses have long been relied upon to help fill gaps in healthcare demands. During the pandemic, traveling nurses were a life raft to hospitals who were swimming against the tide and trying to remain afloat. But now that the worst of the pandemic has subsided, we’re seeing a growing number of California labor law violations and contract breaches involving traveling nurse agencies and the hospitals that use them. Nurses say agencies have dangled carrots of huge sign-on bonuses, substantial hourly rates, and monthly living expense stipends – only to slash these payments mid-contract due to tapering demand. 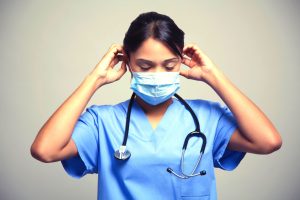 Further complicating matters is the unique way these employment arrangements are structured: It’s the travel agency that’s technically the employer, but it’s the hospital that has control over the schedule, the assignments, the uniforms, the breaks, how the work must be done, etc. As our Los Angeles employment lawyers can explain, this level of control is the basis of some employment lawsuits by traveling nurses that seek to hold both the agency and the health care facility responsible.

Over the last year or so, we’ve seen a growing chorus of travel nurses alleging a “bait-and-switch” by the agencies that hire them. The agencies say they have no control over employment demands at hospitals, and have no choice but to cut hours if the need for nurses declines during a contract. Hospitals, citing their lack of a direct contract with nurses, say they shouldn’t be a part of any employment disputes.

Our Los Angeles employment lawyers have seen a few cases coming down the pipeline – in California, as well as other states, and so far, it seems that in disputes among these nurses, staffing agencies, and hospitals, rulings have leaned in favor of the nurses.

For example, last summer, the California Supreme Court ruled in an employment lawsuit of Grande v. Eisenhower Medical Center that a hospital and a nurse staffing agency had no privity between them. We wrote about this case several months ago on our California employment lawyer blog. Privity is when two or more parties in contract with each other are bound by that contract and obligated to each other in some way. A lack of privity in employment litigation means that two entities can be considered separate employers of the same worker. In the Grande case, the nurse settled her employment lawsuit against the staffing agency, but thanks to the state high court ruling, she was also free to pursue additional remedy directly against the hospital. Although her contract technically was with the staffing agency, the hospital maintained control over shift assignments and required nurses to use its own time and attendance system. The hospital argued it should be precluded from litigation because of its contract with the staffing agency. But the California Supreme Court ruled there was no privity because the staffing agency and the hospital had two different legal interests.

Another case to recently make headlines involved a Georgia nurse who signed an at-will employment contract with a  Southern California-based traveling nurse company (the largest in the country) to work at a hospital in Virginia. The arrangement involved an $85-and-hour pay rate, as well as a $1,000 weekly stipend. But less than two months later, her hourly pay was cut by 40%. A couple weeks after that, it was down 60% of what she’d originally agreed upon.

Her lawyer – and others representing nurses in similar positions – says that these staffing agencies engaged in fraudulent, unfair business practices by luring contracted professionals into arrangements with high pay, only to turn around and actually pay them far less. The staffing agencies, meanwhile, are still getting their full cut from the hospitals and aggressively trying to maintain their competitive edges against other agencies.

This is not an isolated case. Newsweek reported there are at least 100 other nurse staffing agencies that have engaged in similar practices with its travel contract nurses. Pay cuts of anywhere form 25 percent to 70 percent have been the norm. One lawyer said he’d received documentation of more than 450 travel nurses who feel they’ve had the rug pulled out from underneath them due to this increasingly commonplace practice.

Zooming out, nurse staffing shortages have been widespread all over the country. Traveling nurses have always been an important piece of the puzzle because they could take advantage of excellent pay and benefits, and hospitals could fulfill seasonal swings or waves in regional care demands – without having to worry about laying off full-time employees every few months when demand waned.

These bait-and-switch practices aren’t entirely new, but they became increasingly prevalent in the wake of the pandemic. For years, nurses have expressed a feeling of being thrown to the wolves on the front line – long hours, exhaustion (physical, mental, emotional), and paychecks that failed to reflect the risks they were taking in coming to work each shift. That only exacerbated during the pandemic, particularly when healthcare became a political issue. Travel nurses could help by stepping into some of the hardest-hit areas and relieving some of the pressure valves, so-to-speak, where full-time healthcare workers were burnt out.

But as much as they were paid for these contracts, the staffing agencies were getting more. For instance, a California hospital paid one traveling nurse agency $182 hourly for the services of an R.N. employed by the agency . The agency in turn paid the nurse $58/hourly – or about 32 percent of the total. But then within a few weeks, the agency cut her pay to$48/hourly – 26 percent of what the staffing agency was receiving and a 17 percent decrease from what she was originally promised. The hospital said it wasn’t responsible, as it was still continuing to pay the agency the same amount. The agency was singing an opposite tune, insisting the hospital truly had decreased reimbursement rates for nurses. All the while, job advertisements for this exact position – but at a higher pay rate – were live for weeks.

It’s a story that repeats itself across the country – with nurses in some cases losing out on $2,000, $10,000, sometimes $15,000 less than what they were promised when they signed their employment contracts.

Within the next two years, industry analysts estimate there will be a shortfall of somewhere between a quarter million and half a million registered nurses in the U.S. This will inevitably impact the quality of care – and it’s not going to be helped by shortchanging the qualified registered nurses we have. The retirement rates for nurses has increased in recent years, given that the average age of nurses today is 52, compared to 2000, when the average age was 43. Compounding issues further is the fact that Baby Boomers are aging, and older people tend to require more medical care. In turn, what is a “nursing issue” is soon to become a “patient issue,” reflected in lower staffing rates and the closure of certain floors, reductions in specialty care, and the shuttering of some facilities.

The federal government provided an estimated $178 billion for hospitals coping with the pandemic. However, that cash flow pipeline closed in March 2022. Hospital representatives say that nurse staffing agencies pumped up their prices exorbitantly during COVID. However, the profits were never going to be sustainable – and they weren’t always passed on to the employees.

But obtaining accountability in court is tough. Most traveling nurses are bound by some type of mandatory arbitration, as spelled out in their employment contracts. That means the nurses can’t sue. The exception would be if an employment attorney for the nurses can prove the arbitration clauses are invalid because they were obtained fraudulently by a company that always intended to reduce financial compensation for the worker. The worker, meanwhile, took certain steps (such as moving, changing their kids’ schools, taking out a loan, paying off a major bill, etc.) because they were relying on the terms of the contract remaining true for the entirety of the contract. The nurses reasonably relied on the contract as it was represented by the agency – and the agency has a pattern that shows it never had intent to uphold those terms.

However, in the past, both state and federal courts (including the U.S. Supreme Court) have stayed pretty consistent in upholding arbitration clauses in labor and employment contracts.

Nurses who have been adversely impacted as a result of a travel agency and/or hospital not upholding their end of the bargain should seek immediate legal representation.