California racial discrimination at utility workplaces is the basis for a new employment lawsuit filed by two former employees. 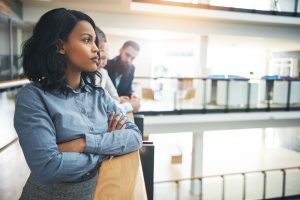 Plaintiff one said she’d worked at the company nearly two decades when the second plaintiff, a Black woman, interviewed for a position in the company’s legal department. Despite being unanimously ranked as the No. 1 candidate for the position, she was passed over for the job. That prompted the longtime employee to file an internal complaint alleging racial discrimination.

About a year later, the prospective employee was invited to apply again. This time, she was hired. However, during her time at the company, she alleges she was subject to a significant degree of racial discrimination. Among her examples:

The impact, she said, was being denied the basic ability to do her job.

Several months later, she filed a racial discrimination complaint against a supervisor. The supervisor, in turn, alleged plaintiff had a conflict because she was a member of the Black Employee Network. She said it felt as if keeping her job meant constantly reassuring her boss that she was not an “adversarial, angry, Black woman.”

An internal investigation into the supervisor’s conduct found “unconscious racial bias” toward the plaintiff, but did not find there had been any violation of the utility company’s policies. Plaintiff soon after resigned, saying she was essentially not given a choice.

In a statement released in response to the litigation, the utility company denies its employees engaged in racial discrimination. However, an independent cultural survey commissioned by the company two years ago found “multiple instance of institutional and personal bias” against employees who are Black/African American, Hispanic/Latinix, and Asian.

Examples of Racial Discrimination in the Workplace

As our Riverside employment lawyers can explain, racial discrimination doesn’t look the same in every workplace.

Some examples can include:

If you are subjected to racial discrimination at work in Southern California, our Riverside employment law firm can help.