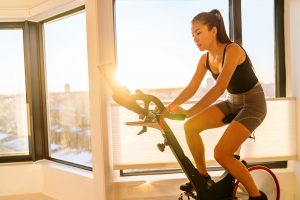 Plaintiff alleges that the class includes all current and former hourly, non-exempt employees who work for or did work for Peloton in California at any point in the four years prior to the filing and through the present who were not paid all earned wages and final paychecks due at the time they severed employment.

In addition to the employment lawsuit filed in Los Angeles, a delivery worker for the company has filed a similar lawsuit in Minnesota, alleging he wasn’t properly paid for overtime. There have been rumblings from Peloton workers from other states too. A former warehouse worker in New York, for instance, told BuzzFeed, “we worked off the clock a lot.” That worker isn’t suing the company, but said it was routine for workers to clock out – only to be asked to stick around, sometimes as long as an hour or more without pay. Lunches and breaks were non-existent, he said.

These allegations come amid a wave of Peloton layoffs and pauses in production, as well as pessimistic financial forecasts.