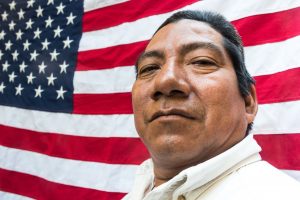 All employers should be educated about the fact that the Immigration and Nationality Act’s anti-discrimination provision bars employers from requesting more records than necessary (or specifying the type of documents workers should present). END_OF_DOCUMENT_TOKEN_TO_BE_REPLACED

A survey of foreign H-1B visa holders working at tech industry employers like Apple, Lyft and Samsung say they’ve been subjected to a significant degree of workplace discrimination ever since the Trump administration made it tougher to qualify for the visas.

Visa holders say they are assigned to working conditions that dangerous, degrading and often very stressful. Nearly half of visa holders surveyed said they believe they earn less than their co-workers because of their visa status – despite the fact that the U.S. Department of Labor specifically says H-1B visa holders are not to make any less than the prevailing wage set for their role in the area where they work. Technically though, federal law does still authorize employers to misclassify H-1B visa holders as “entry level employees,” so they can earn less. A computer programmer, for example, might earn $40,000 less as an entry-level worker compared to one with experience. Still, that classification defies logic because by definition, H-1B visa holders re supposed to be highly-skilled.

The H-1B visa program allows foreign skilled workers to be brought to the U.S. to work for a limited amount of time. It’s the main way that U.S. companies hire skilled foreign workers. The program, which is already capped at 85,000 employees (less than 1 percent of the U.S. total workforce) has slowed substantially under the current administration’s policy of buying and hiring American. Priority has been given to foreign workers who hold a U.S. higher education degree. This has led to H-1B visa holder workers feeling discriminated against and treated as second-class. Yet workers feel as if they cannot speak up because the H-1B spots are so coveted and their eligibility for the program is specifically tied to employer sponsorship. END_OF_DOCUMENT_TOKEN_TO_BE_REPLACED

This is much more extensive than the federal law, and some cities in California have their own rules that extend protections even further. END_OF_DOCUMENT_TOKEN_TO_BE_REPLACED

As any good sexual harassment attorney knows, one of the biggest deterrents to victims coming forward with

their stories is fear of retaliation and the effects it can have on their careers and well-beings. This issue is compounded infinitely for immigrant families, who not only fear risking their careers, but their entire way of life, their homes, the potential of deportation, and possible separation from their families. Even those who are in the process of becoming a legal citizen are fearful causing waves could put their citizenship in jeopardy. Sexual harassment, discrimination, and assault in the workplace is scary enough, but these personal ramifications add an exclamation point to the end of an already very frightening sentence.

The fear of deportation, even for those who are following all the rules and are actively seeking citizenship, has increased significantly recently with the current administration making a very public example of non-Americans. Attorney General Jeff Sessions in recent months invoked a “no tolerance” policy when it comes to people crossing the border from Mexico, offering little room to differentiate between asylum seekers and those committing violent crimes or trafficking drugs. This has created an environment where those already in the country tend to lay low, keep quiet, and hold their breaths to see what happens next.

END_OF_DOCUMENT_TOKEN_TO_BE_REPLACED

However this dynamic has led to a growing number of employee misclassification lawsuits as the debate comes to a boil as to whether these workers are independent contactors or employees (with all the rights that employees receive). END_OF_DOCUMENT_TOKEN_TO_BE_REPLACED

However, there are certain limitations to this general rule, meaning that some cases of firing an employee will constitute a wrongful termination.  One of the situations in which an employer may not be able to fire an employee without cause, as discussed in a recent news article from Inquirer.Net, is when the employer and the employee have entered into a contractual relationship that requires good cause to terminate an employee. END_OF_DOCUMENT_TOKEN_TO_BE_REPLACED

There are millions of immigrants arriving in the United States each year, and many of these people choose to come to California.   There are many reasons one would pick California as a place to find work and make a home. There are many jobs here that immigrants can get if they want. While many think of the construction industry as a large source of employment, in California, agriculture offers a large number of employment opportunities.   Another reason people choose to live in California is because the state has some of the more progressive laws to protect immigrants in the nation. 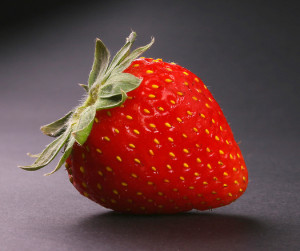 According to a recent news article from the Californian, strawberry farmers tend to hire a lot of immigrant workers to work on their farms. Strawberry crops must be planted by hand, looked after and weeded by hand. Once the crops are producing strawberries, the fruit must be picked by hand to prevent the fruit from being bruised and to keep the plant alive, so it can produce more strawberries. For this reason, farm machines like combine harvesters are not useful in the strawberry farming industry, so manual labor is needed more so than with other crops, such as corn, which can be harvested almost entirely by machines. END_OF_DOCUMENT_TOKEN_TO_BE_REPLACED

It is a sad fact some unscrupulous employers will stop at nothing to make money, even when that involves taking advantage of their hardworking employees. According to a recent news article from Orange County Breeze, three employers were recently arrested and charged with stealing wages from their employees on a public works project.

California attracts worker from Canada, Mexico, South America, Europe and Asia. Unfortunately, many of these workers have become victims of exploitation, wage and hour violations, and other illegal activities. California lawmakers have expanded protections to foreign workers and the new laws will go into effect in 2015. Under the new laws, foreign labor contractors are forbidden from charging any fees or other costs to workers for contracting activities. New protections also prevent employers and contractors from charging foreign workers with any costs or other expenses that are not charged to American workers in a similarly situated position. It limits the housing costs that employers can charge to foreign employees to ensure that they are only charged market rates.

In addition to limiting expenses and fees, the new protections also prevent employers from requiring workers to pay any expenses prior to starting work. Employers are also prohibited from changing any terms of the contract that was originally provided to and signed by a foreign worker. Employers are able to make contractual changes if the employee is given at least 48 hours to reconsider any new modifications to the contract and must specifically consent to any changes in the contract. The new law also requires foreign labor contractors to meet additional documentation requirements. Employers and contractors must also comply with new regulations related to registration, licensing and bonding. Every employer is prohibited from using non-registered foreign labor contractors in California.

Employers who are found to be in violation of new labor laws could face strict penalties in the event of non-compliance. In addition to civil action, including a lawsuit filed by an employee, contractors and employers will also be held jointly liable for any contract and violation. The abuse of temporary foreign workers is an ongoing problem in California and throughout the United States. Third-party contractor as well as employers know that many workers are willing to come and work for low wages, even sacrificing pay for a place to work and live. This has created a host of abuses that the new California law seeks to rectify.

END_OF_DOCUMENT_TOKEN_TO_BE_REPLACED

Worker discrimination comes in many forms, including adverse employment action, disparate treatment, and other illegal and unlawful employer activities. In a recent case, the Justice Department has announced that it reached a settlement with a San Francisco bakery involving discrimination against foreign-born workers. According to the compliant, the bakery was in violation of the Immigration and Nationality Act (INA) by improperly rejecting a worker’s valid work authorization documents. The case was investigated by the Office of Special Counsel for Immigration-Related Unfair Employment Practices.

In accordance with the settlement agreement, the baker will pay $26,000 in back pay and additional compensation to the employee who suffered damages as a result of the discrimination. In addition to the financial compensation owed to the individual employee, the company has agreed to modify its hiring practices and has agreed to external monitoring of those practices for the next two years. Immigrants and other non-native workers may face a number of challenges in the workplace, but every worker in the U.S. has rights and can take legal action—even without citizenship. Employers are prohibited from making assumption about the validity of employment documents based on stereotypes and unfounded assumptions.

Employers who want to insulate themselves against civil rights violations can inquire about how to review and accept I-9 documentation to prevent discrimination investigations and penalties. The Immigration and Nationality Act protects foreign workers from discrimination in the workplace. These laws prevent employers from placing additional burdens on applicants who are authorized to work because of their national origin or citizenship status. The law also protects workers from discrimination based on citizenship status and national origin in hiring, firing, or recruitment of employees.